Batwoman is a superhero in the DC Comics universe, and she has been around since 1956. She’s also one of the few female superheroes to have her own solo comic book.

Batwoman Vs Batman is a debate that has been going on for years. Who would win? Batwoman or Batman?

Batman and Batwoman are both members of the same family of superheroes. They are both skilled martial artists with a high level of intellect. Batwoman has shown incredible strength and drive, raising the issue of whether she might ever defeat Batman in a battle.

Batwoman could beat Batman if she had enough time to prepare, set up a trap, or find another method to surprise him. In a fair one-on-one battle, however, Batman emerges victorious owing to his unrivaled expertise, physical strength, and better training.

Even while Batwoman is a skilled fighter, she lacks Bruce Wayne’s degree of expertise. Since he was fourteen, he has toured the world and studied martial arts from the finest of the best, and he has years of experience on the streets of Gotham. Kate Kane, on the other hand, is still a deadly assassin, and there are ways she might take down even the Mighty Batman.

Kate Kane, nicknamed Batwoman, is a member of the DC Comics universe’s “Bat Family,” which was first established in 2006. Kane, like her cousin Bruce Wayne, was a rich Gotham City citizen. After a chance meeting with Batman, she decided to begin training and devote her vast fortune to combating crime on the streets.

Despite the fact that she lacks superhuman powers, she is nonetheless a very deadly superhero due to her drive and incredible technology.

Intelligence at the level of a genius

Batwoman’s great mind is one of the reasons she can fight toe-to-toe with the most deadly foes. She has genius-level intellect, allowing her to devise and execute a strategy against almost any adversary.

Kane is from from a military family, therefore she has all of the characteristics and training associated with the military. Physically, she is extremely strong and resilient, but her mental toughness is what sets her apart. She’s self-assured, responsible, and honest, yet she’s not afraid to use deadly force when necessary.

Aside from martial arts and weapons training, Batwoman was a gymnast in high school, which made her very nimble and fluid. She is fast, powerful, and focused, and when those characteristics are combined with her other strong sides, she becomes a lethal vigilante.

When it comes to vigilante responsibilities, they usually imply that you’ll be violating a few rules in the sake of justice. That means you’ll need to be able to vanish into the shadows at any time and strike quietly, which is one of the most powerful Batwoman characteristics.

I’m prepared to wager that she’s even better than Batman, the King of Stealth. She snuck up on both him and Supergirl. Despite the fact that Supergirl possesses superhuman senses, Batwoman was able to sneak up on her and approach her without being detected.

Technology of the highest kind

Batwoman, like Batman, has a lot of money and power, which she utilizes to improve her equipment and make her as combat-ready as possible. Her bespoke armor is her greatest power, apart from her amazing gadgets and vehicles (most notably her bike, Red Knight One).

Jacob Kane developed it, and it had a number of technical benefits. She has tasers integrated into her gauntlets and gloves, as well as GPS devices, thermal vision, and more.

Batwoman’s investigative skills are another great ability she has. She is extremely clever and crafty when it comes to pursuing clues, which leads her to vital information and gives her an advantage in combat.

When you combine all of those distinguishing characteristics with her outgoing attitude and people abilities, you have a highly skilled hero who, when in the proper frame of mind, can defeat nearly anybody.

Her greatest foe, though, is herself, since she has exhibited symptoms of melancholy and her weakness for her sister has caused her to make some poor choices in the past.

Batman, on the other hand, is a far more well-known figure. He is one of the most powerful non-superhuman characters in the DC Universe because of his tremendous skill set and characteristics, not because of any supernatural abilities. Following the death of his parents while he was a child, Bruce started training in martial arts.

He toured the globe, learning from the greatest martial artists in the world, and upon his return to Gotham, he became the city’s top vigilante, battling crime and its deadliest, most deadly members.

When given enough preparation time, the character is almost unstoppable, as shown by the fact that he has even subdued Superman in certain comics. He has, however, been caught off guard on many occasions, indicating that he is not really indestructible. Let’s take a look at his abilities to discover why he’s such a strong hero in the DC Universe.

IQ Levels That Are Extremely High

Remember how we claimed Batwoman has a phenomenal IQ? Batman, on the other hand, could be a notch higher. His IQ has been estimated to be around 200, which is a phenomenal, genius-level figure. He makes the most of his intellect by planning, scheming, and outwitting his opponents rather than just attempting to overwhelm them physically.

When he battles enemies with superhuman abilities, he puts all of his talents and intellect to good use. To optimize his efforts, he has competence in chemistry, forensics, criminology, and a variety of other scientific disciplines.

Batman is not only physically powerful, but he is also in top physical shape. He’s quick, nimble, and quick, but he’s also focused and clever, and he can anticipate and alter events before they happen.

He isn’t easily fazed psychologically until he is subjected to psychedelic assaults, but even then, he generally has the tools to avoid this.

Now, I want to emphasize the term – peak – when I say peak. It’s not going to get any better. In proportion to his tremendous physical strength, he has peak human endurance and stamina. His metabolism is at its pinnacle, and his reflexes and senses have been heightened and perfected via meditation.

Bruce Wayne is well-known for his wealth. He invests his fortune on the most cutting-edge technologies available. The only thing that keeps him from killing everyone cold-blooded is his ethical standards, which he has access to via weapons and devices that aid him in his missions. In contrast to Batwoman, who has no qualms about using deadly force in any situation, he dislikes it.

This is when I think Batman and Batwoman begin to diverge in terms of power. Bruce has been training and traveling across the globe since he was fourteen years old. He not only learned but also mastered 127 distinct martial arts and collaborated with some of the world’s most dangerous and well-known martial artists.

He fought the city’s greatest criminals for years after his return to Gotham, the darkest city on DC’s Earth, before Kate Kane ever considered becoming Batwoman. His experience is unrivaled, and it would be his most significant edge against Batwoman.

He’s an expert at handling a variety of weapons, in addition to his martial arts abilities in hand-to-hand fighting.

Who Would Win in a Battle Between Batwoman and Batman?

It’s simple to notice how similar these characters are now that we’ve listed all of their abilities and characteristics. They appear to share almost all of the same qualities and flaws as any other human. However, they each have their own set of issues, making it difficult to predict who will triumph in the end.

Batwoman and Batman have often shown their inability to communicate with one another, particularly while cooperating. Even still, I think Batman would have a small advantage over Batwoman in a battle.

All of her good qualities and abilities seem to me to be Batman’s strong points, and they’re generally just a little bit better than Kate’s – a little bit more clever, powerful, etc. He, on the other hand, has a lot more experience.

Batwoman, unlike the other members of the Bat Family, was not directly taught and trained by The Dark Knight. She had her own military training from a number of experts, during which she learned a variety of fighting tactics and martial arts.

Her expertise and abilities, however, pale in comparison to Bruce Wayne’s. As a result, if we ignore all other factors and assume they are equal, Batman wins purely due to his greater fighting expertise, particularly on the streets of Gotham.

Cassandra Cain’s Batgirl is one member of the Bat Family who may have a better chance against him. She has a natural ability to read body language, allowing her to always be one step ahead of the game. She defeated Batman many times during sparring sessions.

Their training got so rigorous in Batgirl #500 that Batman had to compete with his utility belt. Despite this, Batgirl subdued him, revealing to Batman that he is outmatched.

Batwoman’s greatest chance of defeating Batman would be to catch him off guard and attempt to trap him in some way. She’ll be outclassed if she allows him time to utilize his gadgets or combat abilities, so she has to prepare ahead and end the battle before it begins.

Batwoman is a popular superhero in the DC comic book universe. She has an arch enemy named Batman. This article will explore who would win in a fight between Batwoman and Batman. Reference: batwoman arch enemy.

Is Batwoman stronger than Batman?

Batwoman is one of the strongest superheroes in the DC universe. She has super strength and can fly, among other things.

What super powers does Batgirl have?

Batgirl has a variety of powers that include enhanced strength, speed, agility, and senses.

What is the Status of the Sequel to Bumblebee? 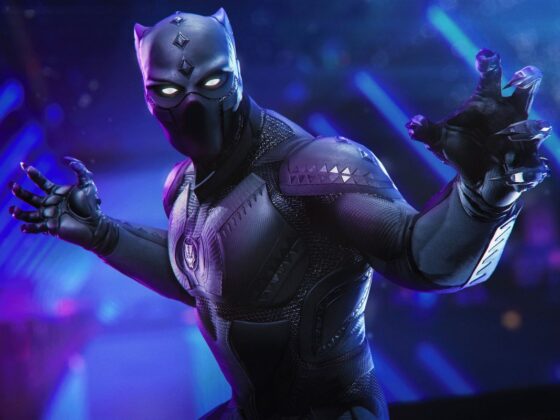 Where to Watch it and What is the Movie About?