Stories and myths about dragons have been with us for centuries already. Very few people haven’t heard a story about some kind of dragon. In some cultures, some people believe that they exist.

And through the centuries, they have also been the subject of visual artworks. In addition, depictions of dragon-like creatures can be found in caves where prehistoric archaeological items have been collected.

Although they can symbolize different things during different art periods, paintings with them as the subject will most probably always be with us. As long as they feature in our literature, children’s stories, and folklore, there will always be painters creating paintings involving dragons.

The First Appearances of Dragons in Art

Art historians’ research has found evidence that from the Akkadian Period (2334 – 2154 BC) until the Neo-Babylonian Period (626 – 539 BC), dragon-like figures were depicted in Mesopotamian artwork. The first artwork from that time discovered in Mesopotamia depicts a draconic creature with the four parts of a lion and the hind legs, tail, and wings of a bird.

Their images have also been painted in caves used by prehistoric people. Art scholars agree that with the evidence available, it seems as if they in the early paintings and sketches – in caves, on walls, or other materials – were always depicted as dragons with open mouths.

Some art historians and archaeologists believe those old depictions of dragons were inspired by skeletons of extinct large animals they discovered when they started cultivating the land. Although it was not art in the real sense of the word, it is interesting to know that the ancient Greeks and Roman soldiers of the first century AD etched and drew them on their battle wear. They were usually depicted as having two to five heads, bat-like wings, a long tail, and spiked back. In addition, it was common to depict the dragon breathing fire.

After the fall of the Roman Empire and the rise of Christendom, dragon paintings slowly started to emerge in western civilization. The dragons in historical dragon paintings from that time have, in principle, set the “image” for many later dragon paintings – even up to today. Many art historians believe that the story of Adam and Eve in the Bible with Satan in the form of a serpent could have been the “trigger” for artists to depict them in their paintings.

In the Middle Ages, they were used in paintings to represent evil for nearly a thousand years, and they became synonymous with demons. Christian artists depicted dragons as the symbol of evil.

Apart from the dragons depicted as serpents, a dragon in the Middle Ages was often described as a magical beast that could fly and breathe fire. And according to Western folklore, they had the job of guarding and watching over hidden treasures.

“Saint George and the Dragon” by Rubens is an excellent example of a painting where dragons were depicted as the symbol of evil. It was painted in Genoa, and it is believed that the work was commissioned by the Church of Sant’Ambrogio, which was dedicated to Saint George.

In this dragon painting, the princess represents the church, and the lamb represents the innocence and purity of the church. Saint George and his steed symbolize the triumph of good over evil. Saint George’s right foot is prominently highlighted above the dragon to signify that it, as the symbol of darkness and evil, is in every way beneath Saint George.

In this painting, it is more depicted as a serpent than the lizard-dinosaur of earlier painters. It is an allegory to the Bible story of Adam and Eve, where Satan takes the form of a serpent.

Hendrik Goltzius’ “Cadmus Slays the Dragon” (1573-1617) is another painting from that art period and depicts a dragon-slaying. While one of the beast’s three heads is eating its victim, the hero is thrusting his spear deep into the throat of another head. The theme was not taken from the Bible but from Book III of Ovid’s Metamorphoses.

This painting and “Saint George and the Dragon” by Rubens, which we’ve discussed above, illustrate how different artists handled their depictions of them even in the same art period.

Rubens’ dragon was more Biblical and therefore depicted the dragon as a serpent, while Ovid’s book inspired Goltzius’.

Jason by Gustave Moreau: An Example of Dragon Paintings in the 1800s

One of the well-known dragons of the classical world, which often has been the subject of paintings, is the dragon guarding the Golden Fleece, which had to be overcome for the hero Jason to steal the fleece.

Gustave Moreau’s “Jason” painting in 1865 refers to this story. This is one of the paintings of that time that does not depict the dragon as a serpent but as a creature that looks more like a large bird of prey. This contrasts with William Blake’s Biblical-inspired “The Great Red Dragon and the Woman Clothed with the Sun.”

William Blake’s famous masterpiece “The Great Red Dragon and the Woman Clothed with the Sun” depicts events told in the book of Revelation. You can find it in chapter 12, verses 1-4.

The verses told us about a woman clothed with the sun, the moon under her feet, and a crown upon her head. And following her, there is a great red dragon, having seven heads and ten horns and seven crowns upon his head.

This is one of Blake’s best-known paintings depicting a beast with body parts drawn from human and dragon sources.

Dragon Paintings Since the Beginning of the 20th Century

With its science and technology, the Industrial Age of the twentieth century “degraded” dragon stories from art to children’s stories. Painters embraced Realism and threw all superstitions of the past away. The artists tried to make a new kind of art and the few depictions of dragons during this period became a representation of the artist’s inner psyche.

By the 1970s, however, the art world re-embraces spirituality, mythology, and thus also the dragon. Similarly, the painters followed the trends set in J.R.R. Tolkien’s and Joseph Campbell’s writings.

Since the introduction of electronic games like “Dungeons and Dragons” and “Dragonslayer” in the late 1990s, dragons have entered the popular consciousness in a way not seen since the Middle Ages. And painters are responding to that, and they are depicted again!

They and the depiction of dragons in artworks have been with us for centuries. Although the themes and symbolic meanings have changed from time to time, history has shown that they have the habit of returning repeatedly! 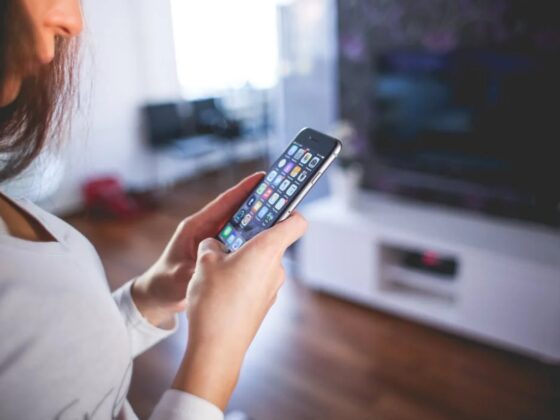 Can You Be Tracked From a Phone Number?