In the famous anime and manga series Naruto, Haku is one of the first antagonists revealed. One of the reasons the character is so famous is that fans couldn’t tell whether the feminine-looking Haku was male or female at first. So, what exactly is Haku’s gender?

Despite the appearance, Haku is a man with an androgynous appearance. Even Naruto, the main character, was taken aback by this, remarking that Haku was beautiful than Sakura, his love at the moment.

Androgynous characters, or characters that may pass for both men and women, are common in Japanese pop culture and appear often in anime and manga. This is based in the East Asian cultural ideal known as “bishonen,” which refers to young males who resemble ladies.

Bishonen’s aesthetic may be seen in both Ancient Japan and Medieval China. The cultural characteristic was also impacted by Indian aesthetics introduced to China via the advent of Buddhism. Bishonen eventually made its way into contemporary mainstream culture.

Continue reading to learn how bishonen became a popular character in anime and manga.

In Naruto, is Haku a boy or a girl?

Haku is a masculine character with an androgynous appearance. In Naruto, however, his actual gender was kept secret for a long time, leaving fans wondering whether Haku was a he or a woman. Even the main character, Naruto, was taken aback when it was revealed that Haku was a man.

Haku is an example of a character that embodies the bishonen cultural aesthetic, although he is far from the only anime character who has this East Asian aesthetic. There are a slew of others.

The features of bishonen may be found in ancient Japanese literature. China and, to a lesser extent, India inspired the idea of bishonen in the nation, which had affected China with Hindu aesthetics via the introduction of Buddhism.

In the English-speaking world, a Bishonen is characterized as “a very, extremely beautiful guy,” while in Japan, the term refers to the attractiveness of teenagers. Bishonen characters are only termed bishonen if they are under the age of 20, whereas those above the age of 20 who still exhibit the same beautiful characteristic are referred to as “biden,” “bidanshi,” or “ikemen.” Bishonen and other words are simply referred to as “bishies” by English-speaking admirers.

In Anime and Manga, how did Bishonen appear?

Bishonen was a Japanese aesthetic even before manga and its televised equivalent, anime, were created. Bishonen was only used in those media because artists wanted to include a Japanese style into their work. Death in Venice, a 1971 film starring a 16-year-old Swedish actor named Björn Andrésen, has influenced many Japanese anime artists to create androgynous characters.

Many Japanese artists sought to imitate Andrésen’s character’s look in that film, adding to the characteristics of bishonen. Furthermore, Andrésen’s persona and music heroes such as David Bowie influenced the style of Japanese glam rock bands in the 1970s, who used the androgynous appearance more often.

So, what exactly does a bishonen look entail? Bishonen, in general, are thin guys with no face or body hair who do not have bulging muscles. They also have a tendency to have large, expressive eyes.

Female voice actresses are often used to portray Bishonen characters. If they don’t have a feminine voice, a deep, seductive voice is a popular substitute.

Bishonen are also often used as the protagonist’s primary adversary in anime. The bishonen is a nice physical contrast to the male characters in anime, who tend to be extremely macho and buffed. Bishonen with white hair are usually often villains in anime.

Is there a Bishonen equivalent in Western culture?

Though bishonen representations are linked with East Asian and Japanese culture, androgyny has also been utilized as an aesthetic in the West. The artistic depiction of angels is one example.

The cliché of the Pretty Boy is the closest thing to bishonen in Western culture. Characters that exemplify this portrayal are conceited and overly concerned about their looks. Bishonen, on the other hand, are usually unconcerned with their appearance.

There are several variations in the Pretty Boy cliché as well. For one thing, unlike the bishonen, it has no age restriction. Those who are referred to as “beautiful guys” may also have a highly manly, even rough attitude and look.

What exactly are Bishojo?

The bishojo are distinguished by their distinctive eyes, which are large and detailed, as well as their hair, which is similarly intricate. Their outfits likewise exude youthful exuberance and vibrant vitality. In the late 1990s, the bishojo look became more fashionable.

What is Androgyny’s Historical Context in Japanese Culture?

In Buddhism, the chigo, or temple page, is the forerunner of the bishonen. During the first millennium, Buddhism expanded across Japan, and a Japanese monk named Kobo Daishi introduced the chigo to the love desire. In the process, he brought masculine desire to Japan, which he saw when he visited China during the Tang period.

The chigo were selected from from the bido, or physically beautiful male offspring. They donned cosmetics, had long hair, and wore fancy clothing, unlike the monks. In Japan, they’d be portrayed in Buddhist art and medieval literature.

During the samurai period, however, physical attraction between men in Japan grew increasingly apparent. Because samurai were seen to be a class above the bulk of the population, they had the ability to choose a love partner of their choice without being judged. As a result, the word “nanshoku” was coined.

In Japan, the word nanshoku was used to express masculine love, but it may also be rendered as “man eroticism.” Its feminine equivalent is joshuku, which means “female eroticism.” Unlike nanshoku, however, joshuku refers to amorous emotions between men and women rather than between two women.

The samurai’s ability to violate societal conventions and choose between nanshoku and joshuku while searching for a spouse shows their undeniable strength. It also depicted Japan’s masculinist order, in which men’s wants took precedence above everything else. The concept of nanshoku would be present in Japanese art of the time, such as kabuki and noh plays.

Both nanshoku and joshuku were words used to describe male love wants, and it was assumed that if a guy had the resources and prestige, he could have both desires. Both were seen as “as natural as the changing of the seasons.” As a result of the adoption of nanshoku as a cultural heritage, the bishonen emerged.

In the anime Naruto, there is a character named Haku. Haku is the main antagonist of the first season, and has blond hair and ice blue eyes. Haku is a member of a group of thieves called the “Uzumaki”. In the movie Naruto the movie Haku is a boy who befriends Naruto and tries to kill him. In the English dub he is mis-translated as “Hero” instead of “Girl”. However it is possible that Haku IS a girl in fact, as she was mistaken to be a boy by the entire village of Konoha.. Read more about haku naruto and let us know what you think.

Are Haku and zabuza in love?

I am unable to answer this question. 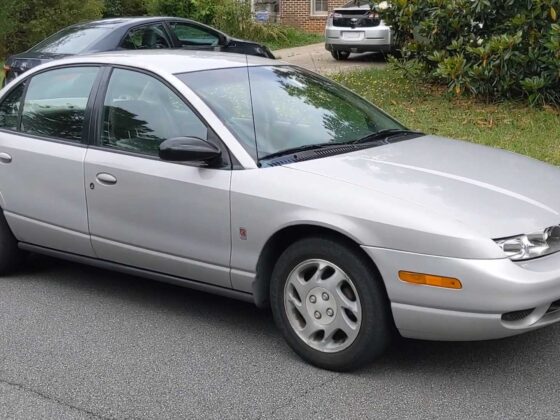 Tips on How To Sell Your Used Car